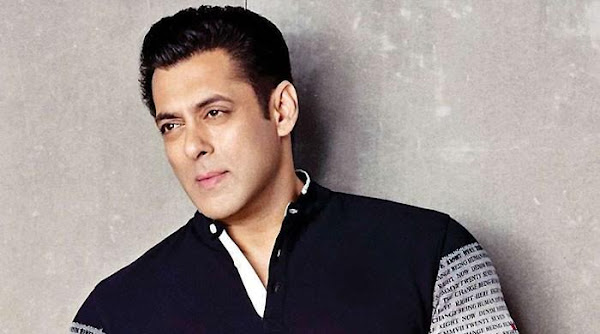 Bollywood's famous actor Salman Khan was born on 27 December 1965 in Indore, Madhya Pradesh, India. In the present (2020), he has turned 54 years old. His father's name is Salim Khan, who has been a famous film writer, mother's name is Sushila Charak. His father is from Jammu and Kashmir and mother is from Maharashtra, former actress Helen is his stepmother. He also has two brothers who are actors in Bollywood, whose names are Arbaaz Khan and Suhail Khan. He also has two sisters, Alvira and Arpita, about whom you will also know.

As a child, Salman Khan lived in Indore and Gwalior, from where he did his early studies, Salman studied from Scindia School, Gwalior, after that he came to Mumbai where he studied further from St. Stanislaus High School, Bandra, Mumbai, after that he He took admission in St. Xavier's College, Mumbai, after a few days he left his studies in the middle and he came to Bollywood.

Salman Khan's Bollywood movie Biwi Ho To Aisi (co-actor) made his debut, after that he started working in many films as an actor, many of his films also became a huge hit, due to which he became a big star of Bollywood. The time he became a hero made him such that there was no one in front of him in Bollywood.
In the year 2015, he did his first movie as a producer named "Bajrangi Bhaijaan", this movie became a huge hit. After this, he also started working as a film producer, now he also has his own production house where films are made. Salman Khan is a very well known hero and actor in Bollywood, it is said that he had also helped many people to come to Bollywood, people who became stars because of him today.
Talking about films, Salman Khan has done many films in his life, in which he has done the best performance of his life, people are crazy about his films. Many of his movies have done business of more than 500 crores.

Salman Khan has received many awards and honors in his film career, the details of which are as follows.

Rajiv Gandhi Award for Outstanding Achievement in the Field of Entertainment in Film Industry in the year 2008
In the year 2013, his NGO "Being Human" was honored by Lions Club
In 2014, he received the Times Celebix title as the Star of the Year
In 2016, he was awarded the "Times of India" Award for Best Actor in the Movie Bajrangi Bhaijaan
Apart from this, Salman Khan has got many awards, honors, and achievements.